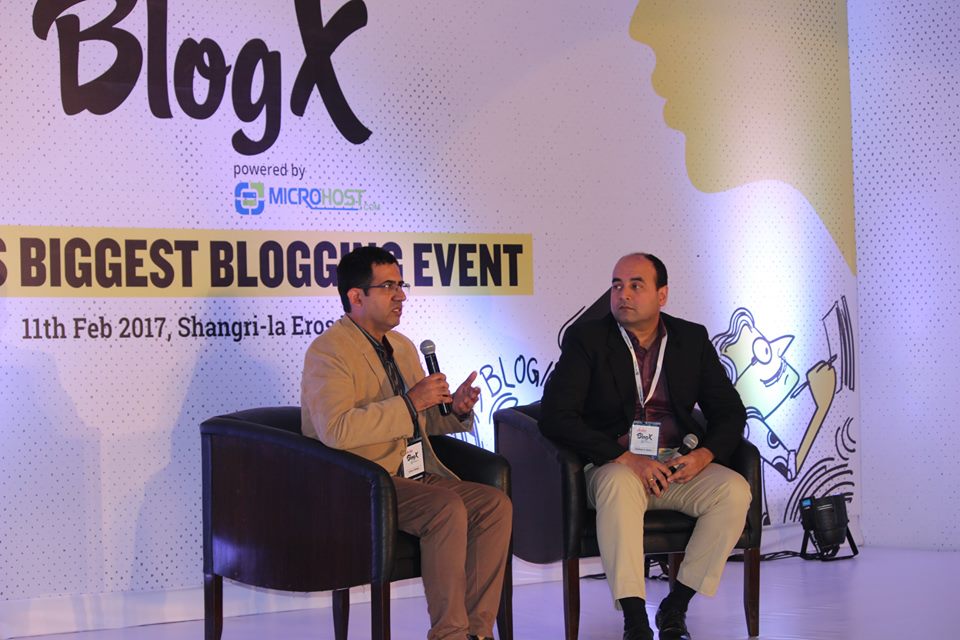 The BlogX was inaugurated by lighting of lamps by ICANN India – Head Mr Samiran Gupta, followed by opening remarks by him as to the Internet and ICANN. ICANN is a voluntary organization that regulates and lays down policies for the Internet.

This was followed by Air Asia Head Ms Kiran Jain from Air Asia to introduce to their services and also announcement of upcoming Travel Hackathon, later in the day. Also GoPBN.com (private bloggers network) was launched at the event. This was followed by a legal panel – Q&As as to blogging. The guest speakers included Mr Rodney Ryder and Mr Ankur Raheja. (photo below courtesy blogger Mr Chandu Chandra Sekhar)

Travel Hackathon was sponsored by Air Asia, where group of four winners walked away with return tickets from Air Asia. Four teams participated, who had to come up with the ideas /innovations that Air Asia can implement.

Closing remarks from the organizer Mr Manmeet Pal Singh, accompanied by Mr Manoj Dandha of Microhost.com and the hosts for the day – Mr Abhishek and Ms. Simran.